How to Chart Donor Cultivation to Reach Fundraising Success The term “donor cultivation” has the unique distinction of being universally accepted and appreciated but poorly understood and abysmally applied.

Donor Cultivation and the Donor Lifecycle Map by Deborah Kaplan Polivy challenges you to put a thoughtful focus on donor cultivation and deliberately embed ongoing practices by using her framework—a map designed to orient your donor interactions toward the long view rather than simple year-to-year terms. Polivy introduces personal and non-personal tools to apply when in acquisition, renewal and growth activities. She also dedicates an entire chapter to demonstrating how these tools work with an in-depth case study I highlight below.

The Donor Lifecycle Map, created by Sarah Clifton, 101 fundraising blogger, inspired Polivy to combine her ideas about long-term cultivation with this map in order to write her book. In the Map, the organization is constantly building relationships and moving donors across stages.

Every donor matters and is cultivated through his or her first gift, second gift and active giving over the years. The organization tries to move the active givers to stretch gifts and finally to ultimate gifts such as legacy gifts. Not every donor will follow this path but it provides “a framework for thinking about donors and how to shift them from one segment to the next.”

In her book, Polivy shares a case story that demonstrates how Robert Altman, while at the Corporation for Public Broadcasting (CPB) Major Gifts Initiative, made some changes relevant to actions connected with the Donor Lifecycle Map.

The Initiative determined that CPB was suffering financially because it had mainly been raising money through widespread, smaller donations of less than $100. Several stations signed on to experiment with raising larger gifts to some success.

After taking over in Albany, Altman shared some of his changes with Polivy, which relate to building relationships, tools and the Donor Lifecycle Map. A few examples include the following actions the station took. The team:

Why the Map Works

The corrective measures Altman applied to his sleepy fundraising initiative underscore many of the cultivation principles Polivy recommends in conjunction with her Map. When I asked Polivy what readers appreciate most about applying the Donor Lifecycle Map, she said, “How logical and strategic the model is. The question that needs to be asked at each interval is, ‘How can I move my donors forward through the sectors on the map?’ In particular, if they ‘map’ their data, they will see where they are not moving people ahead and where they are ‘losing’ people along the way, i.e. lapsed donors.”

It’s Not Just Who You Know: Transform Your Life (and Your Organization) by Turning Colleagues and Contacts Into Lasting, Genuine Relationships 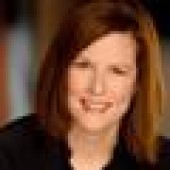 Denise McMahan is a guest contributor for Nonprofit Hub, and is the founder and publisher of Cause Planet, where nonprofit leaders devour Page to Practice™ book summaries, author interviews and sticky applications from the must-read books they recommend. [Essential Read] How to Turn Your Words into Money