The Value of Gifting in the Nonprofit Sector Dr. John Burnett is a guest contributor for Nonprofit Hub, and is the President of John Burnett Marketing and Professor Emeritus. He is the author of over 20 books, numerous academic articles and dozens of papers and presentations worldwide. You can check out his new e-book, “How Marketing Can Make Your Nonprofit More Profitable”
_____________

One of the long-standing traditions employed in the nonprofit sector has been rewarding donors and other benefactors for their support. These gifts have ranged from pens, pins, plaques, to expensive gift baskets, coffee mugs and the naming of a building or room, in the case of philanthropists.

Despite the assumption that gifting is good ethics, creates repeat donors and positive word-of-mouth, I have found no evidence that this is an effective strategy. In fact, millions of dollars and thousands of hours may be wasted engaging in gifting.

The objective of this article is to provide some clarity to nonprofits when engaging in this strategy.

There are two general categories of gifts to donors. Conditional gifts require that the donor comply with the request before they receive the gift. This is the more common option and is reflected by most nonprofits including PBS, the American Red Cross, the YMCA and so forth. This contingency approach assumes that the gift will cause the donor to engage in some sort of requested activity. Options include continued giving, increased giving, positive word-of-mouth, or other forms of giving, i.e., time and talent. Incidentally, I found no research that distinguishes between the effectiveness of getting donors to achieve these different objectives via incentives.

Because conditional gifts are far more common, I focused my review of donation research on that category. More specifically, I looked at thank-you gifts. A thank-you gift is defined as a low-value, non-monetary gift, conditional upon a person or organization donating to a charity. A review of the research conducted between 1975 and 2002, brought me to the conclusion that whether the offer of thank-you gifts do in fact increase donations, is unclear.

Fortunately, a study conducted in 2012 brings forth important insights into this question. [George E. Newman and Y. Jeremy Shen, “The Counterintuitive Effects of Thank-You Gifts on Charitable Giving,” Journal of Economic Psychology, 33 (2012) 973-983.] I judged the methodology and implementation to be solid. The authors conducted six experiments that examined the effects of thank-you gifts on charitable giving. Results indicate that although people expect that the offer of thank-you gifts will increase donations, such offers actually reduce charitable donations. This effect was obtained across a wide variety of charities and gift types, regardless of whether the donations were hypothetical or real, the gift was desirable or undesirable, the charity was familiar or unfamiliar, or the gift was more or less valuable. Moreover, such patterns cannot solely be explained in terms of inferences about the charity’s quality, undesirability of the gift itself, or simple anchoring effects, e.g., mentioning the value of the gift.

Despite the anecdotal evidence reported by fundraisers and others, it appears that thank-you gifts are not effective in achieving donor-related objectives. Admittedly, this research did not test across all possible objectives or all thank-you gift types. Still, I found these conclusions to be very disturbing. It means that millions of dollars and thousands of hours of employee/volunteer time have been wasted by nonprofits for many years.

I simply couldn’t leave it at that. Two questions remained in my mind. First, how do you explain this contrary result? Second, are there more effective incentives to offer donors?

The “Crowding Out” Effect

An extensive review of the literature within psychology and economics on the “crowding out” effect suggests that external incentives (such as gifts) may often decrease behaviors that are intrinsically motivated. Essentially, external incentives may have a strong social signaling component in potentially communicating to others that one’s altruistic motivations are less than pure. In other words, extrinsic incentives may be perceived to dilute the social benefits of pro-social behavior or undermine people’s intrinsic motivations for giving.

The presence of a salient external motivation may “crowd out” people’s intrinsic motivation to donate. Donors might also view the cost of such gifts as a waste of their money. Newman and Shen verified the validity of the “crowding out” effect by reframing the message to the donor that the thank-you gift was “intended to raise awareness of the cause,” i.e. donations increased.

It seems possible, therefore, that positioning the thank-you-gift as a means of enhancing the donor’s altruistic motivations would be a more effective strategy. In other words, if you choose to give away an embossed pen, encourage the donor to give it to someone else in order to communicate the purpose of the cause. This would implicitly speak to the donor’s altruistic motivations.

It is estimated that fundraisers spend as much as $2 billion per year on various fundraising strategies. Also, as much as 85% of all donations occur in response to some type of solicitation. Thank-you gifts are just one kind of incentive to offer donors. There are several other viable incentives that are available to fundraisers, nonprofit boards and Executive Directors. I conclude with the following suggestions:

1. The objectives for a donor reward process should be clearly delineated to the board and employees of the nonprofit. Input should be encouraged.

2. Donor rewards should reflect the altruistic motivations felt by a large percentage of donors.

3. Given the growth of the Internet and social media, accurate and relevant information should be shared with donors instead of more than tangible rewards.

4. Donors should be informed regularly about the use of their donation and its effectiveness. Today’s donors care about due diligence and accountability, not small gifts.

It is apparent that gift giving should be reconsidered as a strategy for incenting donors and potential donors. If this is a long-established option in your nonprofit you should ask yourself whether you can afford to waste your organization’s money and time. You would be wise to abandon this fundraising alternative and, instead, communicate to donors about the real value they receive in connecting with your nonprofit. Think about it! 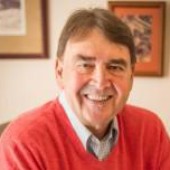 What is a Vision Statement? Why Nonprofits Need Them Donor Retention Salvation: What You Need in a Donor Management Tool

Get Your Donors to Talk About You With Passion [VIDEO]

Celebrate Every Month With Recurring Donations