Steve MacLaughlin is the director of Blackbaud’s Idea Lab and a guest contributor for Nonprofit Hub. Steve has spent more than 15 years building successful online initiatives with for-profit and nonprofit organizations across the world. He also serves on the Nonprofit Technology Network (NTEN) Board of Directors and is a frequent blogger and published author.
_____________

According to the 2013 Charitable Giving Report, last year marked the largest year-over-year increase in charitable giving since the recession – overall giving increased 4.9 percent and online giving grew 13.5 percent in 2013 compared to 2012.  The report is derived from The Blackbaud Index and includes 24 months of overall giving data from 4,129 nonprofit organizations representing more than $12.5 billion in total fundraising. The report also includes online giving data from 3,359 nonprofits representing $1.7 billion in online fundraising — the largest analysis of actual overall and online giving data in the nonprofit sector. It can bring you valuable fundraising insights to help you create a successful 2014.

Check out the infographic and key findings below:

Key findings from the report:

5. More than one-third (33.6%) of overall charitable giving happens in the last three months of the year, with the highest percentage (17.5%) coming in December.

Be sure to visit Blackbaud to download the report. 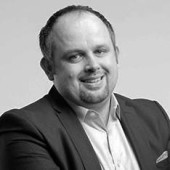 Are You Old School or New School When Persuading Others?