5 Tips to Get More Participants at Your Next Nonprofit Fundraiser

We love nonprofit fundraisers for their potential to reenergize longtime supporters and recruit new donors. Rallying people behind your cause works best at offline events, and the more attendees you have, the better. Put some effort into your nonprofit’s event fundraising in 2012 to keep your organization vibrant and in the black. Here are our five favorite ways to increase attendance at your next nonprofit fundraiser.

Because there are so many, nonprofit fundraisers can be a hard sell. Some execs get caught up in competing with other nonprofits for participants, but don’t make the same mistake. Seek out a new demographic so that attendance at your next nonprofit fundraiser skyrockets. Turn your attention to welcoming young supporters if you typically focus on a wealthy, older set. If you’re headquartered in a major city and only appeal to nearby residents, branch out to prospects statewide.

The supporters and donors your nonprofit already enjoys are involved with you for a reason. To some extent, your donors support you because they like your brand. Make sure your fundraising event is consistent with your nonprofit branding. Nonprofits that promote health or medical research would fare well with a marathon or golf tournament. Fundraisers for children’s charities make the most sense (and money) with kid-friendly events.

Your nonprofit invests so much in fundraisers, so don’t throw it all away by skimping on marketing your event. Like customers, donors respond more favorably to a tangible invitation than some email invite. If you’ve got the money, invest in direct mail for a bigger turnout at your event.

Can’t tell you no

If you don’t ask, they can’t say yes. And that’s as true for fundraising event invitations as it is for donations. If you lack funds for paper invites but have plenty of volunteers, consider inviting donors and prospective donors to your event in person. If you can muster the courage, this little trick can really payoff. It’s even harder for invitees to say no in person than it is for you to ask.

Invigorate your nonprofit’s events with these proven fundraising tactics to increase the funds you’re already bringing in. Enlist affinity fundraising, rev up your invites (whether on paper or in person) and court a new demographic. It may be just what it takes to push your nonprofit’s revenue from standard to legendary.

How will you increase attendance at your next nonprofit fundraiser? 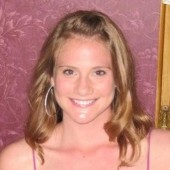 Drive Attention and Gain Donations on Facebook with Video Storytelling

[PODCAST] What’s Next? with Kathleen Janus