It’s been said over and over in a thousand different ways: fundraising is not about money – it’s about relationships.  But still, the vast majority of people who have not earned their Major Gifts Cultivation badge get snagged by various forms of anxiety about money.  If we can name some of those anxieties, maybe we can disempower them, so we can get back to talking about relationships.  Here are seven that I have heard frequently.

So now, let’s get back to talking about relationships.  Because if those anxieties about money stay in the front of your mind, they become self-fulfilling prophecies.  They will confirm the “I can’t be a fundraiser” impulse.  Or, they will create unnecessary tension when you do muster the courage to ask for a gift.

Think about the people who have the capacity to make a gift, who could also get excited about your organization’s mission.  Or the people who are already donors, but who, you believe, could give more if they got more involved.  What is the next step in sharing the great work of the organization?  What is the next step in learning about what motivates their generosity?   As long as those questions are in the front of your mind, the anxiety will fall away.

Even for experienced fundraisers, the tension never disappears completely.  But it becomes less like the stage-fright of a novice thespian and more like the adrenaline surge a veteran actor feels before stepping on stage.

The preceding is a guest post by Paul Jolly, founder of Jump Start Growth, Inc. (www.jumpstartgrowth.com). Paul worked as a fund raising professional for over 20 years before starting the consulting firm Jump Start Growth.  He began his career serving various Quaker institutions, then moved to The Wilderness Society, and then the American Civil Liberties Union.  In every instance, he has zeroed in on gifts from individuals at the top of the giving pyramid.  The focus of Paul’s consulting work is bringing sophisticated major gifts fund raising practices to organizations that are outside of the philanthropic mainstream. His successes include leading three capital campaigns for organizations new to major gifts fund raising, securing millions of dollars in bequest and planned gift commitments, and bringing new life and laser-sharp focus to disheartened development departments. 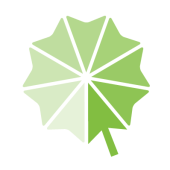 Empower Your Volunteers to Raise Money for Your NPO