Jay Love is a guest contributor for Nonprofit Hub. He’s currently the CEO and Co-Founder of Bloomerang and the Senior Vice President of Avectra — both organizations serving the nonprofit sector with cutting edge technology tools for fundraising and communications.
_____________

Recently, my wife and I were honored to be asked to chair the capital campaign of a local charity. To say the least it was quite an exemplary experience and one we will always treasure. Before I explore the key lessons learned, please allow me to say the campaign was a success and the new structures have been built. Truly quite a satisfying experience for all of us involved, however the process could have been much more streamlined if the lessons learned had been applied earlier in a few cases.

Lesson One: Donor Communications is Crucial

This organization had been accepting gifts for this particular location for over ten years. That is, in and of itself, a very good thing. However, the sum total of communications to this group of donors had been basic thank you letters. So much more could have been done such as:

1. Thank you phone calls or face to visits to express thanks and build more of a relationship.

2. Personalized email or other letters stating exactly what the monies were used for.

3. Creating a newsletter providing regular updates on the progress of the mission.

4. Provide tours of the charity so donors could see first-hand what the funds are used for.

5. Hold regular events so donors could mingle and discuss the mission with staff.

Our job of garnering major campaign gifts could have been much easier if every major donor was on a first name basis with some member of our staff or each other and regularly knew the mission outcomes.

Lesson Two: Fundraising Record Keeping Before, During and After is Essential

One of the reasons regular communications did not take place was the lack of a central location for keeping all donor data. Pulling together all of the contact and previous gift information can be time consuming. More importantly, trying to recreate the previous gift amounts and what prompted them was not easy. You can imagine what a potential disadvantage we had in the numerous cases where such information was not available. It was literally like operating with a blindfold on at times. Thankfully, this key lesson has been corrected going forward.

Lesson Three: Volunteers are the Lifeblood of Campaigns

The lesson came across in a very positive manner because of the wonderful volunteers involved. It did not matter what obstacles were placed in front of them. This dedicated group found a way to work around every single bump in the road with a smile and added enthusiasm!

Recruit volunteers who have the mission of your organization sizzling in their hearts and use them to recruit others. Time and time again they rose to present our case for support in a positive and energetic manner. Another key factor was that 100% of the volunteers, staff and board were campaign donors. Please allow me to express my gratitude again because it truly could not have been such a success without them!

Lesson Four: Ensure Your Case for Support is a Bold Vision

Everyone one of us, whether we are a ten dollar or million dollar donor, loves to be inspired. Seeing a bold vision or dream turn into reality, ignites giving to whole new levels. Such a vision is the foundation for any campaign to be built upon. Do not proceed or even begin until everyone involved in announcing any campaign agrees such a bold vision is in place and endorsed.

This last one sounds simple, however so many members of any staff or a portion of any group of volunteers will be hesitant to reach out and personally present even a bold vision. Most mothers asked us to not speak to strangers and this recording plays on in some people’s heads at times. If I may, I am going to refer back to lesson one and the immense value in strong on-going communications. Previous meetings of any nature make future meetings so much easier!

Time and time again, just making the appointment call resulted in nice surprises and just as vital referrals to other potential donors. Thankfully, those positive surprises inspired our staff, volunteers and other future donors.

Once we were on a roll the calls and appointments grew. The more calls we made, the more fun everyone had. When everyone knew the goal was going to be reached,and then surpassed, the fun increased dramatically.

There are so many fundraising professionals and top notch consultants who could add 5-10 more crucial lessons from the multitude of successful campaigns they have been part of. I know their words of wisdom will mean much more to me the next time I am speaking to any of them during the course of my role, which is providing technology to so many in the charity world.

I hope these five lessons help a few of you thinking about volunteering or perhaps even co-chairing a future capital campaign to jump in with both feet! 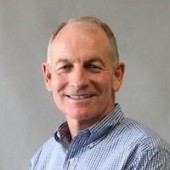 Jay B. Love is a Co-Founder and current Chief Relationship Officer at Bloomerang. He has served this sector for 33 years and is considered the most well-known senior statesman whose advice is sought constantly. Jay has also held integral positions with Social Solutions, Blackbaud, Master Software Corporation and was the CEO and Co-Founder of eTapestry. He has also been a business consultant for numerous high tech firms throughout the U.S.

How to Market on a Budget Using a Matrix Map to View Impact and Profitability