5 Times Foundations Cause More Problems Than They Solve The nature of philanthropy is a want to help. It’s what foundations were created to do. But all too often, foundations, corporate grantmakers, and donors end up unintentionally causing problems instead of helping to solve them. Even with the best intentions, foundations often take actions that oppose the outcomes that both they and their grantees hope to achieve.

Here are five common ways foundations cause more problems than they solve:

Most funders dislike committing to any one organization or initiative for more than a year or two. (In fact, if foundations were people, we’d call many of them commitment-phobes and recommend therapy!) Even when foundations have long-term goals like improving drinking water or closing achievement gaps in schools, they only provide support to organizations committed to this work for relatively short amounts of time. As a result, those organizations must take time and energy away from doing the work in order to continually chase funding. Don’t get me wrong – I’m all about creating a diverse funding base to ensure sustainability, but think of the difference one or two long-term, reliable funding streams might make in terms of impact. Consider the Rotary Club’s long-term commitment to eradicating polio. It took 25 years, and there were many other enticing causes to pursue, but they stuck with it along with other funders and as a result, polio is now near eradication.

Many philanthropists fancy themselves as venture capitalists who invest in new and interesting programs or organizations with seed funds to “get things going.” That’s very valuable work, and a role to which foundations are well-suited, given the fact that most are free to take risks that businesses or governments cannot. But unlike venture capitalists in the business world, foundations that offer seed money often do more damage than good because they fail to think beyond the heady days of start-up excitement to the slower and more methodical – yet equally important – days of sustainability and growth. I understand new things are exciting. They make us feel effective because we can see immediate changes occurring. But if funders aren’t prepared to help new programs or organizations find a path to sustainable operations, then their investments are just a flash in the pan.

Hiding board members who could do more.

I am constantly amazed at the firewalls that some foundations put up around their board members. They separate them from staff, from grantees, and even from the community. I suppose there are board members who might appreciate that shelter (and I question whether they should serve in that role). But foundation board members should be a key means of connection with the community. They should leverage not just their money, but also their relationships and influence to further the work of the foundation and its grantees. Board members can make key introductions, participate in discussions, act as advocates, ask questions, make presentations and make themselves available to community members as representatives of the foundation. Yes, that can be more work for staff, but it ultimately enhances effectiveness.

I have come across many grantmakers that care deeply about issues that affect their communities, but they don’t speak up publicly to weigh in on critical issues. For example, a colleague of mine who lives in North Carolina was appalled at the passage of a state law that openly discriminated against the LGBT community. In conversations with many foundation colleagues, she learned that they shared the outrage. However, when she proposed a public statement from the philanthropic community, only two foundations agreed to sign on. Foundations are traditionally reluctant to offend any group or to feel like they might be overly influencing opinion. But I’ve come to believe that the voice of philanthropy doesn’t carry nearly as much weight as it once did – so weighing in with an opinion doesn’t risk tipping the scales so much as it might help to balance them.

Philanthropy isn’t all that effective from afar, yet many foundations persist in keeping an arms-length relationship with their grantees and communities. They refrain from appearing at community events for fear of any number of things, such as: being pestered by requests, unduly influencing proceedings, being seen as taking a side, being accused of accepting free tickets (an IRS no-no for private foundations). I once worked with a foundation director who refused to visit nonprofits at their offices, insisting they come to him because it was more convenient (for him). But showing up is the number one way to show you believe in the cause, or the process, or the outcome. And it’s a great way to learn. Just like everyone else, foundations “vote with their feet” whether they mean to or not.

These practices may be so deeply rooted in a funder’s culture that they are practiced without anyone realizing the problems they may be causing as a result. So at your next staff or board meeting, take a minute to determine whether you might be doing these (or other) things that cause more problems than they solve.

And if you’re unsure, here’s a hint: ask your grantees. They’ll know for certain! 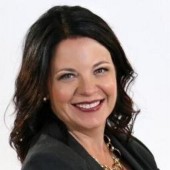 Kris Putnam-Walkerly, MSW, has helped to transform the impact and giving of top global philanthropies for over 16 years. In 2016 she was named one of America's Top 25 Philanthropy Speakers, and authored the book Confident Giving: Sage Advice for Funders, which was recently named one of"The 10 Best Corporate Social Responsibility Books to Give as Gifts or Read." The Big Difference Between Branding and Marketing for Your NPO