Going Back to the Future to Help Your Nonprofit The day has finally arrived!

After countless hoaxes on Facebook, today is Back to the Future Day. Twenty-six years ago, the second chapter in one of the finest trilogies of all time was released and we’ve been waiting patiently for today to arrive.

The movie hops around the timeline and makes stops in 1955 and an alternate 1985, but the film is most famous for the time spent in 2015 (October 21, specifically). We could sit here and nitpick what the producers got right and wrong, but others have already done a great job with that. Instead, let’s look at several specific quotes from the movie and what you, the nonprofit professional, can learn from them. By using Back to the Future II as an example, we can help your nonprofit get ready for the future.

Doc: I went to a rejuvenation clinic and got a whole natural overhaul. They took out some wrinkles, did hair repair, changed the blood, added a good 30 to 40 years to my life. They also replaced my spleen and colon. What do you think?

You can dress up your brand and image as much as you want, but what’s underneath it will always be the same. It doesn’t matter how many Twitter followers you have or the great mailers you send out, you must have substance to your organization.

Before you can go out and sell people on your organization, you need to establish a set of core principles and culture for your nonprofit. What are you going to work on and how is it going to happen? Once you have a solid foundation, then you can add all of the flash and sizzle that will elevate your nonprofit from good to great (and add 30 to 40 years on to your nonprofit’s life).

Old Terry: Yeah, it’s something, huh? Who would’ve thought? 100 to 1 shot! I wish I could go back to the beginning of the season, put some money on the Cubs.

Marty: I just meant that Miami—What did you just say?

Old Terry: I said I wish I could go back to the beginning of the season, put some money on the Cubbies!

Hey! Well, look here. Now that’s some forecasting. The Cubs haven’t officially won the World Series, but as of publication time, they are still alive in the postseason. (If the Cubs make the World Series and don’t have Doc Brown or Marty McFly throw out a first pitch, then Major League Baseball has let everyone down.)

The lesson here is that nothing is impossible. Sure, it might look like the odds are long and it’s easy to get frustrated by coming up short, time and time again. However, you can control the outcome and change things for the better. Sometimes it takes a fresh perspective to change things around (i.e. the Ricketts family, Theo Epstein, Joe Madden and a bunch of young prospects).

At your nonprofit, take time to work on your strategic plan to make sure you aren’t making the same mistakes every year. If you are running into the same roadblocks, try a different approach or seek some outside help.

(My apologies to all the Cubs fans for jinxing them.)

Marty: [Reading the newspaper from 2015] “Within two hours of his arrest, Martin McFly Jr. was tried, convicted and sentenced to fifteen years in the state penitentiary.”? Within two hours?

Doc: The justice system works swiftly in the future now that they’ve abolished all lawyers.

I know we said we weren’t going to nitpick what was right/wrong about the future, but this scene has always bothered me. Never mind that they envisioned that lawyers were gone, but newspapers were still going strong (which as a newspaper journalist and lawyer, I find quite humorous).

Let’s instead pause for a second to discuss the absurdity of USA Today running a front page headline “Youth Jailed.” How is this front page news? USA Today is a well-respected national newspaper and they put a story about a person, who was of no real consequence, as the lead story in the newspaper. If this was the Hill Valley Telegraph instead of USA Today, this headline might make more sense because of the local news angle, but even that is a stretch. (Then again it did cover Biff’s gambling exploits quite extensively.) Of all the things the movie predicted in the future, this is the most absurd.

Thanks. I feel better. Back to nonprofit lessons!

This line happens in the film’s opening minutes as Doc unveils that wondrous flying Delorean.

While each nonprofit tries to find success, you must find your own road to take. You can look to other nonprofits for their examples or tips, but when it comes time to make decisions, you must make the ones that are in the best interests of your organization.

We can also apply this to fundraising. Use tips and advice to get an idea of how things work, but then make it your own. You are the one who is going to have to blaze a trail and talk to the donors to make the pitch.

Jennifer: Dr. Brown, I brought this note back from the future and—now it’s erased.

Jennifer: But what does that mean?

Doc: It means your future hasn’t been written yet. No one’s has. Your future is whatever you make it. So make it a good one, both of you.

Ok. So I cheated a bit here and pulled this line from the end of the third movie, but it still applies to your nonprofit. The future of your nonprofit hasn’t been written yet. You can control the direction it goes, the effectiveness of your mission and how many fundraising asks you make.

While many things are out of your hands, you can always make a difference, which is why you joined your nonprofit in the first place. You are determined to improve the lives of others through hard work and determination. You can do it!

Now, go out there and change the world. Just don’t be chicken. (Sorry, Marty.)

Wear Your Brand Out: How to Use Clothing to Promote Your Nonprofit 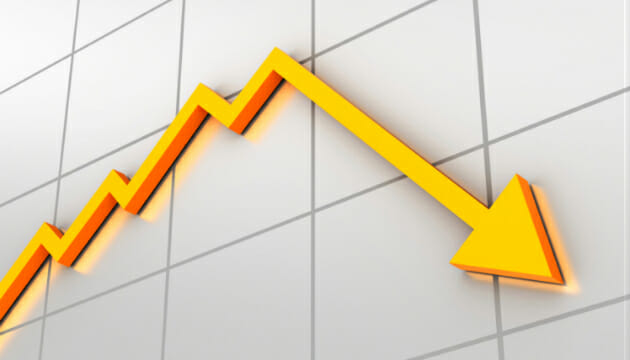