On Tragedy: A Note from Nonprofit Hub

We try not to involve ourselves in partisan politics, and for good reason: there’s no use in further dividing ourselves when we’re trying to positively impact the world. We’ll do our best to avoid the choppy waters of hyper-sensitive hot button politics, but we wanted to make a statement about the tragedies that have been consistently plaguing our nation and the world. Most recently, the deadly mass shooting in Las Vegas, where a man opened fire on thousands of innocent concert goers, angered and confused us. Before that, there were countless shootings, bombings, and arbitrary violence from coast to coast. Abroad, recent bombings in Somalia killed over 300. Every time our grieving begins to fade, it resurges in light of yet another tragedy. As much as we wanted to be timely with this note, it seems as though sentiments like these are, in our current state of affairs, timeless. It’s likely that before this is even published yet another calamity will strike.

As saddening as this realization is, our message to you has not changed. At Nonprofit Hub, we believe that empowering others to solve the world’s grandest problems is one of the most noble things we can do, and we try to do it every single day. But what we’ve seen in the wake of these all-too-frequent tragedies has us concerned. Of course, the events themselves are horrific in every sense, but our reactions to them aren’t particularly encouraging either. We have social justice warriors who post, tweet, share, like, favorite, whatever; but fail to do anything else to get to the bottom of these issues. We’ve seen celebrities and commoners alike urge their peers to call their senators’ offices, yet we’ve seen no progress in congress. Yes: sharing vital information online is important, and reaching out to your representatives is an admirable, often necessary civic duty, but these strategies aren’t attacking the source of the problem. They’re merely putting a bandaid on a wound that requires mending, or putting a cast on a break that needs reconstructive surgery.

But better even than mending a wound or surgically repairing a broken bone is preventing the cause of the injury in the first place. We understand that these problems—gun violence, mental health, constitutional rights, among others—are deeply complicated and often interconnected, but posting a tweet on your timeline or leaving a voicemail on your senator’s answering machine can’t be the extent of our efforts. That’s where nonprofits come in.

Nonprofits have boots on the ground fighting for almost every conceivable issue, and, to put it frankly, nonprofit professionals and volunteers often care more about these issues than your social media followers, or even senators. For instance, there are more nonprofits advocating for mental health reform in the United States than we can even attempt to list, but a few are provided below:

If you’re feeling angry and helpless and don’t know where to turn, look in their direction. They’ve been around for decades, and have more resources and expertise at their disposal than any individual ever could. And they need your help.

If you can’t find an organization that aligns with your frustrations—or, more likely, if you can’t find an organization that’s going about it the right way—look into what it could take to start your own. We’ve helped dozens of people start their own nonprofits, and they’ll be the first to tell you that it’s really not as daunting as it seems. If you have an idea and passion behind it, you’re already halfway there.

It’s now been one month since the Las Vegas shooting, and it seems to some that it’s water under the bridge. It isn’t. Nonprofits across the country are still fighting for mental health reform, gun reform and constitutional rights. Just because tweets of mourning aren’t flooding our feeds and headlines aren’t covered in blood doesn’t mean we’ve all forgotten. People are still fighting, and you can join them. See how you can help by visiting their websites or calling their offices. If you can’t afford to support them financially, learn how you can be a part of awareness campaigns and fundraising drives.

At times it feels like there’s an endless amount of evil in the world: the relentless shootings, bombings and terrorism make it easy to feel hopeless. But we believe the do-gooders—the helpers, healers, friends, patrons and leaders—will always win. No matter how bad it gets, there’s always hope. Nonprofits are working tirelessly to make our world better. We’re here to help, and we’re here for good. 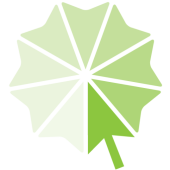 A New Kind of Nonprofit Appeal for Thanksgiving The Business Model: How Your Nonprofit Can Operate Like a Business (and absolutely OWN it)