A Beginner’s Guide to Planned Gifts

What are planned gifts?

Planned gifts are quite literally what they sound like. Well…sort of. The term simply means that somebody has planned to give a gift to an organization at a later date, often after their passing.

Most often, cash (or money in general) probably comes to mind. However, there are a variety of types of planned gifts instead of cash, including:

Should I be focusing on planned gifts?

Chances are, you probably aren’t putting enough emphasis into your planned giving strategy. If we put 100 fundraisers in a room and asked who felt their organization was putting too many resources toward planned giving, there might be a few hands.

As with everything in life, you should ask yourself, How important is it? In this case, the “it” refers to the portion of planned giving dollars in relation to your overall fundraising goal.

If your organization places enough emphasis on planned giving, you may already have a program in place with different levels of giving options. If so, well done. Make sure to constantly be challenging your processes and asking if what you’re doing is effective.

How should I honor planned gifts after they’ve been secured?

The answer here is the same way you treat all of your other donors. After a planned gift commitment, you still have time to honor the donor and treat them like family. It’s important to show your appreciation in any way possible with the time you have.

Or, if the person who is giving the planned gift has already passed, that doesn’t mean your job is over. There are still family members that will carry on the legacy and you have the opportunity to make them feel like part of your organization’s family.

Invite those surviving the late donor into your organization and treat them like donors themselves. Express your genuine gratitude toward them and convey the impact that the planned gift has had on your organization. Then, keep them up-to-date on how those wishes or plans are being carried out. 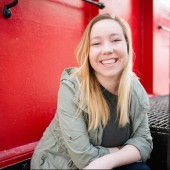 5 Ways to Use Donor Data to Increase Retention

Get Ready for Giving Tuesday with These Six Steps