The Case for Single-Purpose Giving Apps [Part One]

Matt Chandler is a guest contributor for Nonprofit Hub. He is the director of Digital Marketing for Givelify, a free nonprofit fundraising and church giving smartphone app. He works passionately to help charitable causes maximize fundraising use through mobile technology. Matt also collects jazz, funk and soul records. In his free time he volunteers with Kentuckiana Pug Rescue and Southside Animal Shelter in Indianapolis.

One of the most time-honored strategies of successful fund development is to make donating as easy and convenient as possible. According to the Pew Research Center, over 64 percent of U.S. adults own a smartphone, so it isn’t surprising that an increasing number of churches and other nonprofits are enabling online giving. But how much attention is given to ensuring that online giving is streamlined and effortless?

Think for a moment about traditional requests for donations. Direct mail campaigns include pre-printed envelopes. Phone campaigns allow donors to make pledges or provide a credit card. Event fundraisers include the donation with the price of the dinner and cocktails. There are a multitude of ways that charitable organizations have made the giving process simple and painless. Why? Because donors can become easily distracted or frustrated if they must navigate a complicated process.

For example, nonprofits focusing on direct mail for fundraising are more likely to find success by creating a campaign dedicated to the fundraising process than by just including an envelope with a regular quarterly newsletter. The key is enabling the potential donor to focus completely on the task of giving, with as few other distractions as possible. What many organizations fail to realize is that the same holds true for online giving.

If you’re like many fund developers, you probably believe that allowing donors to give via your website has made giving more convenient for your stakeholders. You would be right, if the only alternative were no options for online giving at all.

But in reality, today’s mobile society is looking for more than just the ability to go online and make a donation. Americans have become accustomed to using apps dedicated to doing their banking, paying their insurance, organizing their schedule, posting to their social media profiles and a host of other activities.

It is likely, then, that those same smartphone and tablet users are going to want to donate via a dedicated mobile giving app rather than having to go online, visit a website, search a menu, log in and find their way through any number of additional steps they may have to take. Eliminating these steps saves time, and as John Maeda points out, “savings in time feel like simplicity.”

Even charitable organizations that have ensured their websites are mobile-friendly may be asking too much of potential donors when they expect them to find the right series of menu items that will take them to the correct page to make their donation. Offering a more complex or unfamiliar means of donating online is also likely to raise concerns over whether the process is safe and secure, potentially causing visitors to your organization’s website to second guess their decision to donate.

Most mobile apps began as bloated, everything-but-the-kitchen-sink experiences, because they were built using the same basic model as their web counterparts. Think back to the early days of the internet when the portal model was the be-all and end-all. Yahoo! and MSN splashed all manner of content and functionality all over the front page. Everything was all in one, giant place, intended to keep users on the site for as long as possible. Eyeballs brought ad dollars.

Jay Baer, founder of the Convince and Convert blog and author of the New York Times bestseller “Youtility: Why Smart Marketing Is About Help Not Hype,” said all of the big companies like Facebook, LinkedIn and Google are breaking into smaller, single purpose apps, and other oganizations should do the same.

“Online and offline, consumers are turning away from bloated, multi-purpose apps (and retailers), and embracing single purpose apps and speciality retailers,” Baer wrote. “It is the opposite of the portal phenomena that we saw at one point. So back in the day Yahoo was just a search engine. Then it added all kinds of functionality, and became a portal. Google was just a search engine at one point, added a bunch of functionality and now became a portal, or a multi-service organization.”

The most successful and widely-used apps have begun to spin off features into single-purpose apps. Facebook unbundled Messenger into its own standalone app, and now has eight separate apps including Instagram and WhatsApp. LinkedIn has followed a similar path and now has six unique apps, each serving a different objective. Foursquare split into two apps, one dedicated to location sharing and the other to peer recommendations.

There are two key questions you must ask yourself:

1. What do our donors want and need to do?
2. What do we as fundraisers need our donors to do?

“We believe the best apps out there are the ones with a single-case use that can be described in a sentence or tweet,” Foursquare CEO Dennis Crowley said.

Check back next week for the rest of our two-part series on single-purpose giving apps. 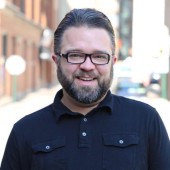 Interview: Tom Ahern Talks About How to Retain Your Donors [VIDEO]