As the end of 2018 approaches, we’ve gathered a collection of the best nonprofit media campaigns from the first 10 months of the year. Whether these organizations are raising money, spreading awareness or trying to create a movement, they’ve all put a unique spin on traditional mass media marketing. Check out our favorites!

You probably haven’t heard this idea before—this year, AARP created categorized Spotify playlists to use the power of music to help people with depression, Alzheimer’s, dementia and other diseases. The music is meant to “accelerate healing, boost learning, improve neurological disorders and increase social interaction.” They even provided their older audience with a detailed guide on how to use the app. Read it here.

TED, a nonprofit that spreads ideas through short, motivational talks, has been using Twitter polls to their advantage this year by asking their audience which topics and speakers they’d like to hear from next. This is a great way to interact with followers and ensure that the content they produce is what their audience really wants to see. The organization has also been including polls after their blog posts to gauge readers’ reactions. By tailoring speaking topics to fit their followers’ preferences, TED has been able to create an increasingly loyal fan base this year.

As the midterm elections approach, VoteRunLead is helping women of all backgrounds to “run as they are”—no matter their race, religion or status. The organization did a study that showed that the majority of women don’t run for office because no one’s ever encouraged them to. And so they’re on a mission to teach women how to have a successful campaign and ultimately create a more diverse representative body. The hashtag is gaining popularity as they prepare for their RunAsYouAre national training conference next month, so be sure to check it out if you want to see some diverse, powerful women gearing up for the election season!

Facebook, albeit not a nonprofit, has done a world of good by promoting birthday fundraisers. Since launching the campaign just last year, users have already raised over $300 million for 750,000 different nonprofits as of August 2018. Facebook users can set up a fundraiser for a charity of their choice around their birthday and share it with friends. The app keeps track of how close the user is to reaching their goal and sends notifications to friends as the fundraiser deadline approaches. Even though Facebook is for-profit, the company is using their billions of users and heavy influence to the benefit the nonprofit world. We applaud their sense of social responsibility and hope the internet comes together to raise hundreds of millions more for charity in 2019!

The World Wildlife Fund created a campaign called “Sack of Socks” as an incentive to donate during the holiday season. For a $55 contribution, the organization will send you three pairs of fun, unique socks that are perfect to give as gifts or keep for yourself. They created over 30 designs that feature some of the endangered animals they work with, from giraffes, to honeybees, to narwhals, and food patterns that represent their efforts to feed the world with environmentally friendly produce.

Amnesty International’s Write for Rights campaign uses the power of collective action to convince government officials to free unjustly imprisoned people. This year, they’re encouraging volunteers to write letters on behalf of 11 women from around the world who were jailed for protesting social injustices in their countries. The hashtag has gained popularity on Twitter, and their website also has a live-tracker that keeps tabs on how many letters both you and the project as a whole have sent so far. If you want to help, sign up and send your letters by Jan. 31.

For Giving Tuesday this year, Old Navy matched every donation Boys & Girls Clubs of America received by three times. With the help of spokesperson Alex Rodriguez, who was involved with the organization himself when he was a kid and shared his experience through social media platforms, Boys & Girls Club tripled their usual funds. Plus, the proceeds from an additional $1 million worth of Old Navy fuzzy socks were donated to the organization.

Did your nonprofit have a unique media campaign this year? Tell us about it in the comments! 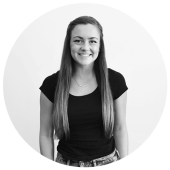 How to Make New Donors, But Keep the Old Why You Shouldn’t Rely on Grants to Fund Your Nonprofit