Everything You Need to Know About the Updated Google+ It was bound to happen sooner or later. When Facebook rolled out Timeline for brand pages, everyone knew that the other online powerhouse would follow suit. And soon enough, Google decided to switch up their layout for their take on social media, Google+.

Google+ started out on a hot streak when it first was released out into the wild. It saw the fastest growth for a social network (recently losing that title to Pinterest) and obviously had the appeal because it was a Google product. But since that time, Google+ has tapered off and isn’t seeing the same love and affection it once had. So Google+’s updates couldn’t have come at a better time. Since Facebook decided to set the bar high once again, Google couldn’t just sit around waiting for Google+ to meet its end. They had to be resilient and adapt to the change with a change of their own. But what has changed and why does it matter to your nonprofit? Let’s take a look.

Google+’s navigation will be the noticeable difference you will see when you take a gander at the changes. Google has always gone with the idea that simpler is better, and that’s apparent here. Although Facebook was the first to dish out the whole timeline theme, sometimes Facebook still seems a little too cluttered. But Google has created a simpler and smoother version of this timeline idea. All of the features and posting options are available right in front of you, without have to play Nicholas Cage in “National Treasure.” And one could say the new layout is easier on the eyes as well.

Included in the new navigation and layout is room for a banner photo (940 x 180). Much like Facebook Timeline, this will most likely be the first thing someone sees when they visit your Google+ brand page, so you need to keep it creative, eye catching but not too busy. On top of that, your brand’s profile picture (250 x 250) will be getting a little larger as well as the pictures you post to your page (five 110 x 110 images w/ 16 pixels between each). So your brand profile page will be getting a little more visual with this update.

With the update, Google Hangouts gets a little bit of a tweak, allowing for users to see which Hangouts are getting the most attention. Along with that, users will also be able to see what is trending in Hangouts within their Circles. A nifty little change that can improve upon a solid idea in the Hangout, and will make it more searchable.

Applications are another neat little feature that was tweaked with the update. Taking a note from Robin, Google+ gives you a number of different apps to add on to the side of your navigation bar. You can reassemble them and pick and choose which ones you want to have access to.

What could seem minor to some people, managing both a personal Google+ page and a brand page can be a pain in the arse to others. But with the update, Google has provided a way to do this fairly easily without the annoyance of closing out of windows and signing into different accounts.

“By focusing on you, the people you care about, and the stuff you’re into, we’re going to continue upgrading all the features you already know and love—from Search and Maps to Gmail and YouTube,” Google VP Vic Gundotra talked about in a blog post. “With today’s foundational changes we can move even faster—toward a simpler, more beautiful Google.”

Where your nonprofit benefited from the Facebook Timeline change, your nonprofit will benefit the same from the navigation change and features updates. Although Google+ can’t say that this new format is supposed to represent a timeline, the addition of a cover photo will make it seem that way. Don’t be deterred though. The navigation may remind you of Facebook and your strategy for it, but Google+ brings new users and followers for your nonprofit to target.

It is an interesting update to a relatively new social network, but will the simple design and easy navigation be enough to move it up the ranks in the social media world?

What do you think about the updates to Google+? Is there anything you would do differently? 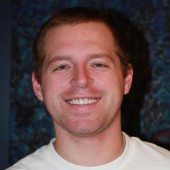