So you want to start an organization that benefits a specific cause. Great! That’s why we’re here: to help you navigate this confusing sector simply saturated with content, ideas and innovation. But wait—should you really be starting a nonprofit? Or is something that benefits both the owners and the cause more up your alley? Let’s explore just one of the many options you have in starting a socially responsible organization: a low-profit limited liability company (L3C).

Well, what is a Low-Profit Limited Liability Company (L3C)?

An L3C is a variation of a limited liability company (LLC), which is a private organization where the owners actively participate in management and don’t face personal liability for the organization’s debts and obligations. An L3C, though, is a hybrid of an LLC and nonprofit business model, which is where an organization operates to benefit the general public without shareholders and without a profit motive.

In this blend, an L3C is a private organization that does earn profits, but only so that it can conduct business to help a certain cause. In essence, it operates to better social welfare in some way. L3Cs were designed to make it easier for socially responsible businesses to attract money from foundations and private investors.

L3Cs extend to many different markets too—current L3Cs range to everything from Chicago’s Overflow Coffee Bar, a coffee shop dedicated to bringing members of their community together, to VSJF Flexible Capital Fund, a Vermont-based investment fund that provides capital to businesses specializing in sustainable and environmentally-friendly practices. Other examples have included farmers’ markets, newspapers, law groups and art centers.

Though L3Cs are socially conscious, they’re not tax-exempt, and donations and investments are not tax-deductible.

As of December 2015, L3Cs are only recognized in 10 states, three tribes and the territory of Puerto Rico, so if you are building your organization in one of the following places, yes you can!

With that being said, it is an option to file as an L3C in one of the above locations then qualify it as a foreign entity for your desired state. You would complete this process in the same way that businesses file across state lines for tax and fee purposes.

Since the first American L3C was started only in 2008, this concept is relatively new to the business and legal world. As of April 2016, legislation is being reviewed and enacted in 26 other states to recognize L3Cs as a legal entity, potentially opening the option to a total number of 36 states nationwide, if you’re keeping track.

To become an L3C, you must meet the requirements of a program-related investment (PRI), which is an investment a foundation legally makes in a for-profit organization to support philanthropic activities that might hold the potential for return. This allows for private foundations to meet the tax obligation that requires them to give at least five percent of their assets every year to charitable causes.

Should I start an L3C?

And now the million dollar question: is this business model right for my organization? Both pros and cons exist to starting an L3C, so you might be able to answer that yourself after taking a look at them.

Among the benefits, starting an L3C is a very simple filing process—almost identical to that of an LLC. Similarly, it allows for individuals and businesses to own, control and profit from the organization. Because of this, they are also shielded from taking personal responsibility for liabilities like debt.

Above all, an L3C furthers a philanthropic or educational mission. This is one of the requirements for L3Cs the law puts forth for this business model. So you can have free reign of choice in things like ownership, management and decision-making, but still work to support a cause that you care so much about. There are several marketing opportunities that come from this too—people will buy from or give to a mission-driven organization because it makes them feel good about where their money is going.

On the other hand, there are some kinks that still need to be worked out with the L3C system. Though the IRS has allowed for certain L3Cs to exist as legal entities, it has not yet confirmed that L3Cs as a whole can be official recipients of foundation dollars, so there is the risk of donor hesitation to invest until that happens. North Carolina even rescinded its laws that allow L3Cs because of this, with the drafters of the act stating that L3Cs were essentially “deadwood,” since other classifications exist for the same purpose, but with more certainty.

Also, long-term profit is a limited possibility for L3Cs. When the main purpose of these organizations is to further a mission, earnings fall to the wayside as a priority, and longevity is an uncertainty.

If you’re starting an organization with a strong charitable purpose and limited earning potential, an L3C might work for you as an alternative to a nonprofit. Of course, you want to be able to control the aspects of your organization like you would in an LLC, but you also want to put the cause you care about at the forefront, like a nonprofit does. In considering your options for an impact-driven organization, take the possibility of an L3C into account, but be aware of its intricacies. 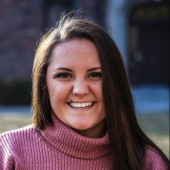 How to Save Your Marketing Plan from Falling to Pieces