So you’ve already decided that it would be great to add video to your nonprofit’s marketing plan. You’ve reviewed some stellar examples of the different kinds of videos nonprofits use to advance their causes.

In many ways, you’re over the most important hurdles. But here’s where a lot of folks throw in the towel and give their video to a production house (or give up altogether): the technical side of making videos.

But the technical side isn’t that difficult once you understand the ideas behind the jargon. Watch the video below to learn the basics of video quality, and the two of the most important things to remember when shooting your nonprofit video.

So now that you have an idea of what kind of nonprofit videos you can shoot, let’s focus on what you’re going to use to make those videos: Your camera.

There are many things to consider when looking to purchase a video camera for your nonprofit. But the top 5 things you need to think about are:

What you’re going to use it for.

That’s a lot to cover, so we’ll be breaking up each point into separate videos, so we’re not here all day.

Now, as we talk through each point, we’ll be hands-on with three different types of camera, so you can see what you get with each level:

So first off, let’s talk through what usually comes to mind when thinking of video cameras: Video Quality. And through this video we’ll be switching off between the three cameras, so you can see the video quality difference between the 3 different levels of cameras.

OK, to begin discussing video quality, you first need to understand the basics of how that video is captured and what creates the video that you see on your screen.

When you’re purchasing a camera, you’re going to get a lot of numbers thrown at you. But the one that you are going to hear the most is the ability to record at 1080p. 1080p is pretty much the standard, and that’s what you want. Not that’s not the indicator of good video quality. That’s the video resolution. You see, when you hear 1080p, they mean the resolution is 1080 by 1920 at a progressive scan. So the video will have 1080 lines of pixels making up the height of the video and 1920 lines of pixels making up the width of the video. The “P” stands for progressive which means that the lines of pixels appear on the screen all at the same time.

Whenever you hear a resolution end with an “I” it stands for Interlaced, which means that the lines of pixels are split into odd and even lines and take turn appearing on the screen. This is very bad for you, because any video that you create is going to be put on the internet and all computer monitors are progressive. So if you shoot in an interlaced video and put it online it will look like this. You can actually see the different lines of pixels. So whenever you can, shoot in Progressive.

All that is important, but not really. Because even though a video is shot in 1080p, it doesn’t mean that it’s going to look as good as the last movie you saw. All these cameras that we have been using for this video are using 1080p, and as you have probably noticed, the footage from the Kodak is not on the same level as video from the DLSR.

The next thing you’re going to hear a lot about is frames per second. Which means that for each second of video, there is going to be a certain amount of pictures or frames that create that second. There are really only two frame rates that you need to care about and those are 24 and 30.

24fps is what film shoots at, so videos will have have that cinematic look, perfect for a video that you are playing at a fundraiser or that you are displaying in person. 30 frames per second, is the standard for web videos. and gives you a more fluid video because there is 6 more frames in that second. Also, adding more frames will cut down on artifacts in the video, such as motion blur.

So the two most important things to remember for this video are: 1. Always shoot in progressive. And if you’re putting the video on the web: 2. Use 30 frames per second.

Alright, now that you know the basics of what a video is on your screen and how it’s recorded, in the next video we’re going to talk about the hardware aspect of video quality. See ya then.

Why You Need Video in Your Nonprofit Marketing Plan

3 Videos Your Nonprofit Marketing Plan Needs to Succeed (And Examples) 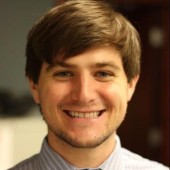 Online Giving is Here to Stay, Folks—and it’s Bigger Than Ever [Cause Camp] The Three As of of Nonprofit Content Generation

How to Define, Measure and Communicate Your Impact