3 Reasons Why Your Year-End Appeal is Not Over Tammy Moloy is a guest contributor for Nonprofit Hub. Tammy has been a leader in the nonprofit sector for 25+ years, currently working as a Senior Consultant for nonprofit consulting firm, Ashley|Rountree and Associates. Follow on her on Twitter @TammyMoloy.

With the new year comes a sense of looking forward and leaving the past behind. You’ve just finished the year-end appeal and will now gear up for the next fundraising project. But not so fast —sorry to say, your year-end fund drive is not over.

It’s actually never over. Let’s talk about some of the reasons why.

According to the Fundraising Effectiveness Project’s 2015 Survey, only 19 percent of new donors to nonprofits give again after their first gift. In other words, if 100 donors made gifts via your year-end appeal in 2015, only 19 of them will donate again in 2016. Yikes!

The number one reason this happens is because the donors do not feel appropriately thanked and connected. Network for Good suggests, “you need a thank you message that says to your donors ‘you matter and ‘let’s start a conversation.’”

Hence, if you think that the standard, letter-head thank-you note you sent out in December is good enough to keep those donors giving again, it isn’t. Your January should be filled with personal thank-you calls and invitations to meet your donors face-to-face. The letter was the start of the conversation; now converse.

2. You Will Leave Money Behind

Industry-wide, there is no disagreement that it costs more to get a new customer or donor than to retain a current one. And article on LinkedIn summarizes it well by saying, “Statistically speaking, the cost of acquiring a new customer costs five to ten times more than retaining an existing one. Not only that, but repeat customers spend, on average, 67 percent more.”  Change the word “customer” to “donor,” and there you have it.

If you move on in the new year or “close out” your year-end appeal, you will throw money away. Again, your year-end letter was just the starting point. Now you need to get to know those people on a personal level, so that you can keep them engaged, educated and motivated to give again.  If you do not connect with your year-end donors all year, you will leave their money behind in your next year-end appeal.

One of my favorite relationship books is, “Men Are Like Waffles – Women Are Like Spaghetti.” To summarize, the walled boxes that make up a waffle symbolize the ability of men to compartmentalize. According to the book, men are not generally multi-taskers; they must leave one box to focus on the next. The overlapping nature of spaghetti symbolizes the ability of women to interconnect everything, multi-task and blend all things together.

You can argue with this men vs. women premise later. As for fundraising, fundraising campaigns do not belong in waffles. Your total, annual fundraising success will skyrocket if you can manage to “spaghetti” your various campaigns together. Direct mail donors can attend galas. Gala attendees can become 5K walkers. And 5K walkers can give a gift through a telemarketing campaign.

As you are conversing and connecting with your year-end donors all year, you must think spaghetti and not waffle. Do not categorize or “waffle box” your donors as mail donors or online donors or event donors. As you’re getting to know your donors, work with them to discover how to get them involved in multiple ways. Cross promotion, cross selling or interconnecting your fundraising campaigns like strands of spaghetti will not only exponentially increase your funds raised, but heighten the commitment, engagement and motivation level of your donors for years to come.

The conclusion is… that there is no conclusion. Your year-end appeal is never over. Converse, connect and spaghetti all year long. 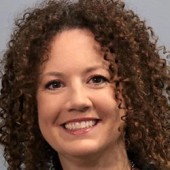