Madeline Turner is a guest contributor for Nonprofit Hub and the managing editor of the Content Marketing Program at Blackbaud. It’s her goal to create resources that inspire and empower the nonprofit industry.
_____________

I was reminded of just how hard it is to make new friends when I moved to Charleston almost three years ago. I didn’t know a soul, and the only people calling me were friends and family members from home wondering how I was adjusting to life in this new city.

It took a while, but gradually I began meeting people. I made some friends at work, had a few promising leads from my “young adult seeking really cool friends” ad on Craigslist (joking), and was set-up on a few friend-dates. But even as I was making these new friends, grabbing coffee or going to dinner, I was well aware that more work would be involved; I wasn’t on the forefront of these people’s minds yet. Even if we hit it off, I wouldn’t be the first person they called when they had an afternoon free or an extra concert ticket. We were only in the very beginning stage of our friendship. I had to earn my spot on their speed dial list.

You see, making new friends is like acquiring new donors.

Awareness campaigns and events are designed to invite supporters to join your cause. Once you have their attention, you begin building your case for support- “LOOK AT WHAT GREAT THINGS WE COULD DO TOGETHER!” Sure enough, many will make a donation or sign up to receive your emails, but is that all? Is your work really done? You can get all the new email addresses, numbers, and one-time donations you want, but if nothing happens past that first interaction – what’s the point?

A first date without a follow up is just a dinner. A single donation without donor stewardship is a waste – you know it as attrition.

About a year ago we were hit with the depressing reality of the state of donor retention across the nonprofit industry. To sum it up, nearly three out of every four new donors leave and never come back. Ouch. It’s like we’re on a hamster wheel. We’re not acquiring new donors to grow our housefiles anymore; we’re looking for new donors to make up for those we’ve lost. Maybe we should get off the wheel. Focus a little less on making new friends and a little more on nurturing the friendships we already have.

Here are five ideas to help you refocus on the people that matter to your organization most:

1. Get to Know Your Supporters as Individuals

They’re not just names in your database; they’re volunteers, donors, advocates and potential board members. Get to know them and build a donor retention strategy that guides them to deeper levels of engagement.

Just as you would get to know a new friend, you must get to know your supporters: who are they and how can you work together to further your mission.

These people—the lifeline of your organization—their preferences, opinions, ideas and voices matter. Make sure your donor retention strategy reflects this.

Your donors want to contribute to your cause, but they won’t continue to do so if they think their money or time could be better used elsewhere. Don’t give them a reason to withdraw their support because you’ve neglected to show gratitude. No matter how big or how small the contribution, a thank-you is always in order.

And why not incorporate a campaign of gratitude? Create a video or slideshow to show your year in review and let your supporters know that none of it could have been done without them. Don’t ask for a dime; just demonstrate to your supporters how important their involvement is to your organization.

A thank-you can go a long way in solidifying your donor retention strategy.

Whatever the interaction, a follow up is imperative. It’s simple, really. Pick up the phone, get out your stamps, or start typing an email—just get in touch.

Your recurring givers and committed advocates aren’t just made, they’re created. YOU create them, and you do so by nurturing the relationship.

This goes beyond a simple (but genuine) thank-you. If you hosted an event recently, send an update of the event’s success or pictures taken on site. Let attendees know the impact of their involvement. Ask for their feedback: What did they enjoy? What would they change? How could you make the next event even better?

And most importantly, ask them to join you again because it truly wouldn’t be the same without them.

There’s been a ton of great content produced about the power of sharing a story and its ability to help form connections, pull on our heartstrings and boost donor retention.

Nonprofits are filled to the brim with storytellers. From your most ardent donors to the beneficiaries of your mission, your organization’s impact is often best told when you let someone else do the talking.

Pass the microphone. Exciting stories about your organization’s impact isn’t just for attracting new donors; it’s for reminding current donors of why they supported you in the first place. People want to be a part of progress and there’s no better way to prove impact than to show it.

Call me a hopeless romantic, but I don’t believe chivalry is dead. I also don’t believe that common courtesy, like opening and holding the door for your date, should be overlooked.

This is also true for your stewardship strategy. Successful donor retention requires you to be the guide, to be chivalrous to the point that supporters have a reason to stick around. Sure, maybe a supporter’s first interaction with your organization at an event, but should it stop there? Should they only ever be seen as an event attendee?

What if you asked them to do more? What doors would open then?

No matter how the relationship started the story that unfolds thereafter is directly influenced by the steps you choose to take with your supporters. There’s a lot of excitement and buildup with first dates, but it’s what happens over the weeks, months and years following that matter. Donor retention is a reflection of the success of your stewardship strategy. Focus all you want on acquisition in 2014, but I hope you’re focused equally on retaining and nurturing all those new friends. If not, don’t expect another friend-date anytime soon, or really ever.

Madeline Turner is the managing editor of the Content Marketing Program at Blackbaud. It’s her goal to create resources that inspire and empower the nonprofit industry. When she isn’t writing eBooks or crafting blogs for npEngage, you’re likely to find her wearing giant headphones, singing off-key and drinking coffee from her “Crazy Cat Lady” mug. Read more of her stuff here. 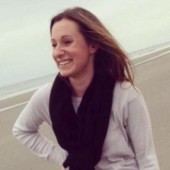 [MCON 2015] How to Develop Your Nonprofit Leadership with Minimal Resources Six Steps Your Nonprofit Must Take Before Launching a Senior Hire