The Power of Storytelling in Your Crowdfunding Campaign Josh Schukman is a guest contributor for Nonprofit Hub. He’s the writing whiz for WonderWe—a crowdfunding social network that provides free viral tools for non-profits to fundraise, recruit and measure impact like a pro. When not crafting beautiful musings for WonderWe, Josh can be found cooking up the latest Paleo dish (his fiancee’s fault), cycling all over God’s creation, and/or endeavoring to understand the mysterious ways of the universe.

Crowdfunding is a major buzzword these days, especially in the nonprofit space. There’s good reason for this: It’s projected to become a $90 billion industry by 2025 and 30 percent of that money will be directed toward charitable causes.

So, if you’re not building crowdfunding into your development plan, that’s a conversation you’ll want to start having yesterday. Also, if you hope to tap millennial donors, crowdfunding and social are two of the biggest ways they’re donating nowadays. In sum, this is one train you definitely want to be on.

Over the next few weeks, I’ll spend time walking us through tips and tools for running a solid crowdfunding campaign at our nonprofits. We’ll check out some case studies, hear stories from nonprofits who have successfully crowdfunded and get you tools you need to start your first campaign.

As a start, let’s chat about the power of storytelling to move people to action. Turns out, storytelling is just as important with crowdfunding as with any other donation campaign. This is good news for us, because we’re already used to sharing the stories of the communities and people we impact. In crowdfunding, we’re simply presenting those stories to a new audience. Let’s check out five rules you should follow when crafting the story of your campaign.

This doesn’t necessarily need to be one person. It could be a family, neighborhood, etc. The point is, you have a character in your story that others can connect with.

Your character has just encountered a problem—it is here that you want to openly share how your prospective donor can help them through. For example, I used to recruit volunteers into a refugee resettlement agency, so after I explained that refugees lack furniture, I showed prospective donors our warehouse of furniture and explained how they could help us furnish lives as refugees sought to create homes for their families.

You have a character, that character has a problem and you’ve shown your donor how they can help. Now you need to get specific and lay out exactly what their contribution will do. For example: $25 = supplies for 1 child and $50 = supplies for a whole family.

I cannot stress the importance of this enough! Once you’ve told your story, and shown your donor how they can be a part of it, you have to call them to action! Don’t be afraid to go as far as saying things like, “When do you think you can start helping our families?” You are committed to the people you serve and once you’ve told a beautiful story you shouldn’t be afraid to boldly ask others to become a part of it. Here’s an example story from an crowdfunding campaign that raised $70k for a small nonprofit:

The rules of story should be followed in any campaign, but they are especially important in crowdfunding because crowdfunders want to connect with something that is bigger than themselves. Join the conversation by commenting on the following: how have you used the rules of storytelling in your campaigns? 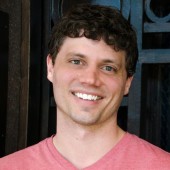 Are You Following or Leading at Your Nonprofit? Does Your Organization Have “Solid Performers” or Rock Stars?