Building relationships with donors is crucial for every type of nonprofit. Giving USA reported that more than $300 billion was donated to charities in 2013, with nearly 70 percent of those donations coming from individuals. And research has shown that donors give more when they have personal ties with a charity.

One of the most efficient ways to connect with your constituents is through social media. LinkedIn, in particular, is a largely untapped resource for building direct relationships, and the site’s mission to connect the world’s professionals and empower them to be more productive and successful extends to nonprofit fundraising professionals

Forward-thinking fundraisers who are utilizing LinkedIn’s features for advancement are breaking through the walls to meet new donors where they are.

Here are two areas that many fundraising platforms can’t deliver on:

After Boston University announced plans to raise $1 billion through donations, many of the team’s fundraisers prioritized outreach by utilizing insights from LinkedIn. The BU team is well on its way toward achieving its goal.

Albuquerque Academy, a small independent, coeducational school for grades 6-12, has integrated LinkedIn into its existing fundraising workflows. In doing so, the development team is building stronger relationships with supporters, and alumni donations have increased by more than $3.3 million. While all of this success might not be directly due to LinkedIn efforts, the introduction of this platform has proven significant.

Just like so many for-profit businesses have harnessed LinkedIn to improve marketing and sales, nonprofits are now discovering how the site’s new features can help them improve their fundraising efforts, bolster their volunteer base, and build lasting relationships with donors. By getting your entire fundraising organization—from top executives to interns—set up on LinkedIn, you’ll uncover new ways to more deeply connect with your donors and prospects.

Be sure to connect with EverTrue on LinkedIn and Twitter. 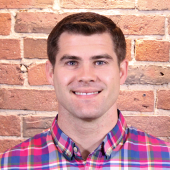