State of the Nonprofit Sector: 2013

This is a guest post by Ashley Halligan, an analyst at Software Advice. She regularly covers news and trends within the nonprofit sector and has had work featured on industry leading sites like GuideStar and NPTalk. Reach out to Ashley via Google+ or via email: ashley@softwareadvice.com.
__________

With the beginning of President Obama’s second term, a recovering economy, and a fiscal cliff, nonprofits have much to anticipate this year.

Several reports, from a handful of organizations, have been released in the past few weeks outlining performance and trends during 2012, and offer insight for what nonprofits should expect to see for the remainder of 2013. These reports have data and predictions about expected hiring trends, succession planning, adoption of mobile technology, social giving campaigns, and, predictably, differing opinions on the impact of tax reform and proposals on the missions of nonprofits.

Another main area experts and reports agree on is the increase of technology deployment in the nonprofit sector. In particular, a Blackbaud report shows that mobile technology will be significant this year with more than two-thirds of surveyed NPOs planning to utilize more mobile tech this year.

Additionally, nonprofit tech companies are emerging one after the other, giving organizations many more technology options to manage their nonprofit, ranging from fully integrated suites to specialized programs for basic needs like fundraising and donor management.

This year a bigger emphasis is expected to be seen on social giving campaigns as well. The 2012 Nonprofit Social Network Benchmark Report says to expect three things:

2. A bigger presence on Google+

The Improve Group and Nonprofit HR Solutions released a report that showed 44 percent of the nation’s nonprofits planned to create new positions this year. Positions in direct services in fundraising were at the forefront of organizations’ plans to hire.

According to the same study, 70 percent of nonprofits said they didn’t have a succession plan, though those who had implemented a strategy reported that it brought their organization peace of mind, developed talent, and retained staff. Experts expect focus in this area to become a primary area of focus this year.

Tax promises and concerns, however, are still at the top of mind in the nonprofit sector. Till months pass and charitable giving trends can be analyzed, long-term impacts of the American Taxpayer Relief Act can’t be certain. Some think the act could positively impact giving by $3.3 billion, while others still fear proposed tax ceilings fearing a negative impact of the same amount.

This is a big year for nonprofits. Much is yet to be determined. How do you see the nonprofit sector going in 2013? 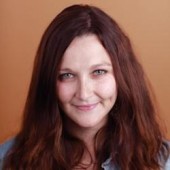 Ashley Halligan is a market analyst at Software Advice, an Austin-based consulting firm helping nonprofit organizations narrow down technology options. Ashley regularly covers news and trends within the nonprofit sector and has had work featured on industry leading sites like GuideStar and NPTalk.