The Future of Social: Gen Z Beth Kanter is a guest contributor for Nonprofit Hub. She is the author of Beth’s Blog: How Nonprofits Can Use Social Media, one of the longest running and most popular blogs for nonprofits. Beth has over 30 years working in the nonprofit sector in technology, training, capacity building, evaluation, fundraising and marketing.

Beth is an internationally recognized trainer who has developed and implemented effective sector capacity building programs that help organizations integrate social media, network building and relationship marketing best practices. Beth is an expert in facilitating online and offline peer learning, curriculum development based on traditional adult learning theory and other instructional approaches. She has trained thousands of nonprofits around the world.
_____________

Gen Z by the Numbers

The demographic profiles of these donors skewed younger, the vast majority being Millennials or Gen Y. In some ways, Generation Z are extreme versions of Millennials, particularly because they are the first generation to be born into a digital lifestyle. They have also been described as the first tribe of digital natives, screenagers and digital integrators.

Not matter what we call them, we are only just beginning to understand Gen Z and their impact on society as well as the implications for nonprofits.

The current population of Gen Z is estimated to be about 2 billion, or 27 percent of the global population. While there are larger numbers of Gen Z in India, China and Nigeria compared to UK or US, they are truly a global organization. Gen Z donors are likely to have a much larger network of connections or friends online, because they don’t connect with their peers at school, their networks are global.

Be Prepared to Be Blown Away by Gen Z

I think Adora Svitak, a 16 year-old education activist, whose 2012 Ted Talk, “What Adults Can Learn from Kids, has almost 4 million views said it best when describing the impact that these “kids” will have and why we should pay attention to them:

“New generations grow and develop and become better than the previous ones. It’s the reason we’re not in the Dark Ages anymore. No matter your position or place in life, it is imperative to create opportunities for children, so that we can grow up to blow you away.”

And they are already blowing us away.

Malalla Yousafzai is the poster child for Generation Z, the young Pakastani education campaigner, who survived being shot by the Taliban, and who became the world’s youngest ever Nobel Prize recipient. And there is Jack Andraka, a high school student who got obsessed with finding a cure for cancer and created a test that can detect pancreatic cancer.

Gen Z is more interested in using digital tools for social good than social currency, partly because living in a digital information age the world’s social change issues are thrust in their faces. According to JWT Intelligence Report, this generation is interested in global social changes such as poverty reduction, clean water and racial/gender inequity.

They are not content to just sit and click. They are not afraid to stand up for cause they are passionate about. Isadora Faber, a 14-year-old Brazilian student, launched an online Classroom Diary on Facebook to discuss problems in her school, such as broken desks and bathrooms without toilet seats. She quickly became a national figure with regular appearances on talk shows to discuss the problems with public education in Brazil, despite threats from teachers, administrators and even fellow students.

Gen Z have (social) entrepreneurial spirit in their DNA. According to Millennial Branding study, 61 percent of high schools want to be entrepreneurs versus employees. Take for example, Mary Grace Henry and her project, Reverse the Course, a site where she sells reversible headbands that she sews and donates all profits to support girls education in Uganda.

This generation is doing more than clicking online, they’re making change in the world! And, they have generosity in their genes. According to a recent research survey of UK/US teenagers, 26 percent have raised money for a cause and 32 percent have donated their own money (or allowances).

What can we learn from nonprofits who have been early adopters reaching out to and engaging Gen Z donors?

Tips for Engaging Gen Z on Social and Mobile Channels

Here’s a round up of best practices for communicating and engaging with Gen Z through social channels:

How is your nonprofit future proofing its fundraising strategy? How are you engaging Gen Z? 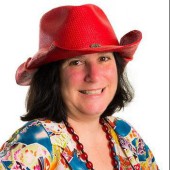 How and When to Boost Your Posts on Social Media [PODCAST] What’s Next? with Amy Eisenstein