Why Conflict on Your Board of Directors is a Good Thing

Posted by Spencer Creal | Apr 17, 2018 | Board of Directors, Featured, Fundraising Conflict on your board of directors can be a good thing. Crazy, right?

It is often our natural tendency to avoid conflict at all costs. Even when we know conflict may be necessary to resolve an issue, we choose to stay in our safe, nonconfrontational bubbles. We fear that conflict will only lead to fights and petty frustration, so we avoid it altogether. Conflict can be (and often is) detrimental to a group’s success, but having such a narrow-minded view of conflict is dangerous. Conflict is the only way to move past disagreements and come up with solutions and compromises. We need conflict, and we need it badly.

From a young age, many of us are taught that conflict is an objectively bad thing; that disagreeing with someone is impolite and deconstructive. We need to shake this mentality, especially when making important decisions within our organizations.

If you’re familiar with the Abilene Paradox, you know all about the negative consequences of being too agreeable. Essentially, the Abilene Paradox posits that many organizations take action in contradiction to what they really want to do out of an inability to manage agreement.

Here’s the abridged history of the Abilene Paradox. It’s a hot, windy, dusty Texas afternoon, and four relatives are playing dominoes in the comfort of their own home. The father-in-law then suggests that the family take a trip to Abilene, a nearby town about sixty miles away. Everyone agrees without much resistance, and the family goes out in the miserably hot Texas air, into a car with no air conditioning, and all the way to Abilene for lunch. When they arrive back home, it becomes evident that nobody had wanted to go to Abilene in the first place. They were all just trying to appease each other, so they avoided disagreement. And so the Abilene Paradox was born.

You can imagine how this paradox would be detrimental to any group’s success—especially a board of directors.

Why conflict is so important

Alfred Sloan, former CEO of GM and pioneer of organizational thinking, understood the value of conflict. During one of GM’s board meetings, Sloan concluded that all board members were in agreement on an important decision. He then said, “I propose we postpone further discussion of this matter until the next meeting to give ourselves time to develop disagreement, and perhaps gain some understanding of what the decision is all about.” Sloan’s notion of conflict is fundamentally important: without disagreement, board members (or any decision-making body) can’t fully grasp the matter at hand. If you have board members who embrace, or even encourage cognitive conflict, you can be confident that they’re pushing your organization in the right direction.

Simone Joyaux, founder of Joyaux Associates nonprofit consulting, has been working with nonprofit boards for years, and she, too, understands the value of conflict. “If we don’t disagree about important things, then, good God, we’re just following each other.” She attributes many of issues involving conflict within boards to power dynamics. Historically, boards of directors were pretty homogeneous, consisting almost entirely of affluent males. Today, boards are becoming increasingly diverse, and, because different people bring different experiences, personalities and values to the table, conflict is bound to occur. This conflict is imperative, and it should be cherished rather than avoided.

It’s time to stop cowering in the face of conflict. Disagreement and discussion are the only ways to come up with new, innovative solutions to problems. It may be easy and comfortable to silently nod your head in agreement, but soon enough you’ll be driving down the hot Texas highway with no AC—or something like that. 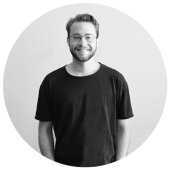 [PODCAST] Creating and Maintaining a Stellar Board of Directors | Ft. Simone Joyaux