Pamela Grow is a guest contributor for Nonprofit Hub and a fundraising coach for nonprofits. She has collectively raised tens of millions for her clients, readers and members. In 2014, Pamela was named one of the Top 40 Most Effective Fundraising Consultants.
_____________

“It does not happen all at once. There is no instant pudding.” – W. Edwards Deming

When a colleague sent me a link to a web page with the following claims and asked me if it was legitimate, I had to smile.

Hundreds of Billions Up for Grabs—Every Year!

… there are the more than 75,000 foundations that give away billions more every year — large organizations you may have heard of, like the Bill and Melinda Gates Foundation (with over $35 billion earmarked for giving — and upwards of $2 billion handed out each and every year) … all the way down to smaller, little-known family and community foundations set up to help places like local food banks and animal shelters with a few thousand dollars at a time.

In fact, according to the U.S. Government and The Foundation Center, there are over $544 billion up for grabs each and every year from thousands of sources. (To put that number into perspective, its about what the U.S. Government spends on Social Security in a year — and about $40 billion more than what’s spent on Medicare and Medicaid!)

Yet another Internet site with shades of Matthew Lesko’s *free money* scam. You remember Matthew? The guy in the goofy question mark suit who regularly shows up on late night TV proclaiming that anyone can get *free* government grant money by following his program? His pitches are so outrageous and his style so over-the-top that it seems like anyone with an ounce of common sense would know better than to believe his claims.

And yet, when it comes to winning foundation grants, many otherwise intelligent people believe that there are *secret* writing tactics to writing funded grant proposals, when, in reality, the truth about winning foundation support for your mission is simple. If you were to believe the pitch above, knowing how to write *the* perfect case statement or putting together a great budget or finding a foundation that provides an ideal fit with your mission would be all it takes for your organization to enjoy a stream of foundation grants resulting from your well-crafted proposal.

This isn’t meant to say that writing foundation grant proposals doesn’t require thought, persuasive writing skills and attention to detail. I worked for a sizable family grant-making foundation for seven years and if I had just one dollar for every grant applicant who failed to follow our guidelines, I’d be a wealthy woman today.

So, yes, you should be constantly honing your writing skills, living your mission and researching prospective foundation funders.

And following these basics will guide you in establishing a foundation grants system:

1. Study the foundation’s giving histories, preferably for the past three years. Note the range of grants – and tailor your request accordingly. Is this your first request? Come in on the low end.

2. Study the foundation’s last three 990’s you can find – most assets are declining but not all

3. Target local foundations. Send as many targeted proposals regularly as possible. (Note: I did say targeted – do your research!)

4. Clean up your website. Why? In addition to your proposal itself, your website is one of the first things a foundation will look at during the review process. Red flags? No online giving, a site that was last updated in 2005, outdated contacts …

5. Study the guidelines. If they say no to videos, do not include your organization’s latest dvd. If the guidelines say to include 3 copies of everything, include them. Pay attention.

6. It’s good to have 2-3 sets of extra eyes to proofread your work – and one writer.

7. Make weekly research a priority, and…

8. Maintain your foundation stewardship. Before you reapply to the XYZ Foundation who funded you last year, if they didn’t require a reporting, send them a gracious letter giving them an update. You didn’t miss that reporting deadline, did you?

So, what is the number one secret to winning foundation grants you ask? I’ve already given you a hint above…

The number one secret to winning foundation grants is by establishing systems for your success. When it comes to foundation funding, it’s an unfortunate but often true reality that oftentimes *third time is the charm.* Many organizations give up on grants following a few declinations. Don’t make this mistake in your organization. Seth Godin said it best: Obsessing about the last inch of follow through ensures that the important parts of what you do get just as much (if not more) commitment.

Learn how to follow through and build genuine relationships with foundation funders. It takes time but the rewards are worth it! 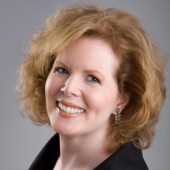 How to Avoid Staff and Volunteer Burnout Low Cost Volunteer Recruitment and Retention is Easier than You Think

[PODCAST] Creating a Culture of Self Care | Ft. Beth Kanter