Craft the Perfect Tagline for Your Organization

This article is sponsored by Briteweb.

Back in the day, Mad Men called them “slogans,” but now they’re more frequently called “taglines.” In either case, they’re pithy little phrases that are generally paired with a logo, placed at the bottom of a print ad or email signature, or tacked on to the end of a TV spot. A good tagline is part of the three-legged stool that includes your organization’s name and logo. It’s a quick way to describe your mission, express your brand’s personality and separate yourself from the crowd. And the process of capturing those things in a few words might even help your organization decide what it values most. Taglines exist on a spectrum, from descriptive and purely functional to more inspiring and emotional. The latter is generally the most fertile ground for memorable messages. To generate ideas for a tagline, start by asking yourselves a few questions to see if the answers point to a solution:

Why should people donate money to your organization?

Go beyond the immediate problem that your team solves and look to the big-picture challenges that grab people emotionally. If you focus on animals, for example, are you strengthening the bond between people and their pets or preserving American icons like bald eagles and grizzlies? Those answers are the first steps toward tags like, “Because the Earth needs a good lawyer,” from Earth Justice and “Helping victims become children again,” which illustrates the impact of the Memphis Child Advocacy Center.

What benefit does your organization provide?

Next, go beyond the problems you’re solving, and consider the ways you’re making your audience happy. This one is a little easier for corporations—see the Sharper Image’s ingenious “For the person who has everything, we have everything else.” But most nonprofits offer tangible benefits, too: The Maryland SPCA’s “Feel the warmth of a cold nose,” strikes the perfect emotional chord.

What separates you from competitors?

Whether you’re a big organization working on a national level or a small community group, you’ve probably got some company. Take a close look at your mission and your “competitors” and remind yourself what makes you different. Tom’s Shoes captured its unique promise to match every purchase with a donation to children in need with “One for one.” The nonprofit Deliver for Good’s tagline is “Investments in girls and women power progress for all,” which drills down on its approach while serving as a rallying cry.

What’s the essence of your personality—or better yet, the personality of your potential audience?

Think of 2-3 adjectives to describe your organization or your audience—words like “bold,” “thoughtful,” or “innovative”—then bake that concept into your tagline. Nike’s “Just do it” says nothing about shoes or apparel—it simply expresses an attitude. Leading Educators, which crafts professional development programs for teachers, uses the tagline “Potential, ignited”—a similarly broad statement that captures the audience’s desire to do everything they can for their students. Here are a few do’s and don’ts to consider as you generate new ideas and review your favorite contenders:

Take a common phrase and give it a little twist, like Taco Bell’s “Think outside the bun.” Like the punchline to a good joke, the most clever taglines are unexpected, but quickly prompt people to think, “I should’ve seen it coming.” Edmonton Public Library’s “Spread the words,” changes a lot with just one letter, and “Help is a four-legged word” is the perfect tag for Canine Companions for Independence.

Make people think—but not too much. The American Cancer Society touts itself as “The Official Sponsor of Birthdays,” which is a bit of a head-scratcher until you realize that curing cancer adds birthdays to every patient’s life.

Think aspirationally. Your organization may simply offer job-training skills to people, but by doing so you’re changing their lives and opening up new possibilities. Focus on that final outcome without overpromising. Home Depot could merely point out that they sell nuts and bolts, but their classic tagline “You can do it. We can help.,” urged people to tackle a challenge, and illustrated the store’s role in that small triumph.

Don’t be too cute. There’s a fine line between clever and saccharine. Maytag’s “Our repairmen are the loneliest guys in town,” conveys reliability in a surprising way. Whereas Quizno’s “M’m, m’m, m’m, m’m, m’m toasty!” is the equivalent of a smiley face: warm and comforting but devoid of any real meaning. So, if you do decide to use humor or wit in your tagline, be sure you’re not overdoing it.

Don’t try to explain everything you do. Pick one attribute you want people to remember. If you think your organization does so many things that you simply must convey them all, think again. Try to rattle off the most memorable taglines you’ve ever heard, and they’re certain to reflect one key point. The goal is to be memorable: plant a seed in people’s minds, not a full-grown Redwood.

Don’t repeat your name, or even an idea represented in your name—it’s a waste of precious words. A bank shouldn’t use the word “bank” or even “money” in its tagline. A humane society shouldn’t use words like “dog” or “cat” or “shelter” because those ideas are already front of mind. Aim for an even deeper connection. 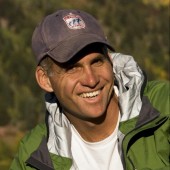 Scott Kirkwood is a freelance copywriter and Briteweb Networker who lives in Denver. Before moving to Colorado, he spent 20 years in Washington, D.C., writing and editing magazines for the Humane Society of the United States and the National Parks Conservation Association.

Make the Ask: How to Write a Fundraising Letter

What is Slacktivism and is it Even Helping?

How to Turn Your Staff from a Group into a Team